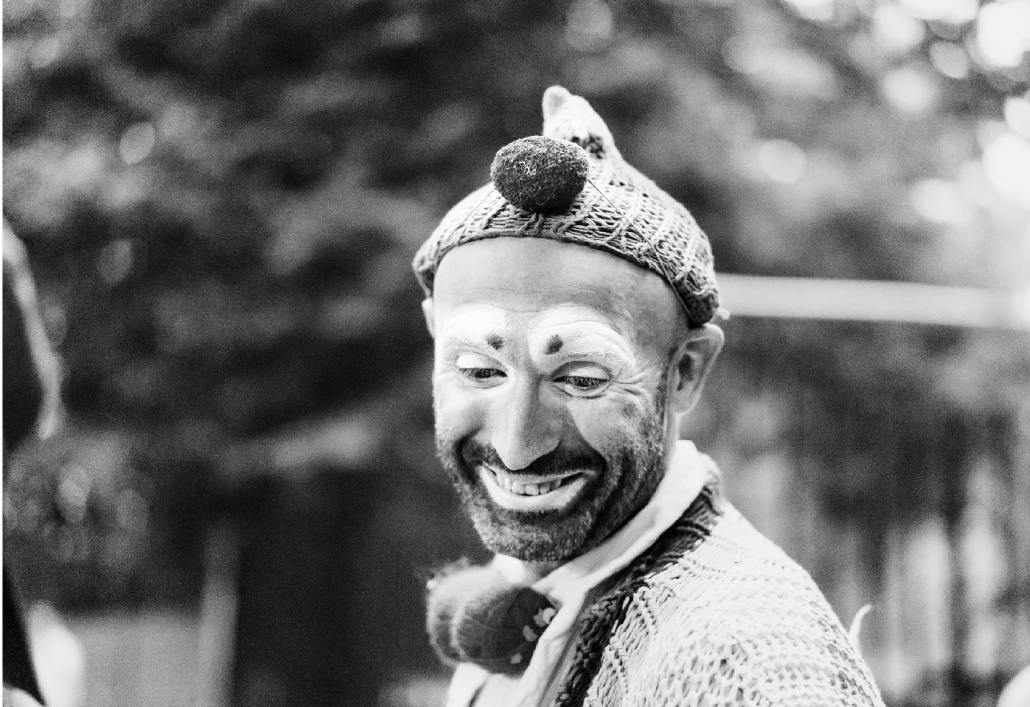 Photo by A. L. on Unsplash

I arrived on time, though too late to hear the church bells ring at the corner of Gore & Powell. Parked my car, and hurried up the steps, was greeted by an usher at the door, and handed a church bulletin. As I made my way to a pew near the front, a flash of orange caught my right eye. It moved. I looked, and saw a blonde-haired man dressed in a velvety orange costume. His face and hands were fully exposed, but the rest of him was contained in a hooded costume with a slinky orange tail that nearly touched the ground. Fox, I thought; he’s wearing a fox costume. As if today is Hallowe’en. He flitted down the aisle as if uncertain where to sit, and I carried on. No heads swivelled in his direction, so as much as I was tempted to watch him make his next move, I sat down and faced forward, too. Then, to the sound of the pipe organ, the procession of robed ones made their way to the front, and the service began.

Prayers and readings, songs, and then the passing of the peace – that time when everyone is invited to greet others with a handshake (optional) and “Peace be to you” (also optional). And that’s when the fox came forth and got busier than anyone in the sanctuary. He rushed to and fro, from pew to pew, lickety-split, shaking parishioner’s hands, and saying oh-so-solemnly, “Peace to you,” then quickly moving to the next person as if he was in a race with time. When he reached Eddie, who sat in his wheelchair, he bowed and slowed down. Extended his hand. Eddie shook his head, declined the hand offered, and The Foxman said, “Peace to you,” and carried on with his mission.

And that’s when my face turned into a smile, and joy found me and I caught sight of Father Matthew, the street priest, who sat on stage. He smiled too. We both smiled. And smiled. And smiled. Utter joy, that’s what the Fox man was spreading. When that part of the service ended, the fox vanished.

Next up was Communion, and sure enough, the Fox was one of the first kneeling before the altar to receive the “body of Christ” and “the blood of Christ”, and then he vanished from sight again.

Then, the service took a turn from its usual order – and this was outlined in the bulletin. One of the robed persons picked up an urn that stood next to the altar, an urn filled with the remains of a church member, and another procession began. Every one present was invited to convene in a narrow hallway off the sanctuary, for the blessing and placing of the urn into the columbarium. (Mennonites do not have columbariums in their church buildings, and have only in recent years cremated their dead. This, because of a belief that the dead will literally rise again in physical form from the ground in which they were buried. But that’s a whole other story…)

The procession following the urn to the columbarium was slow, and reverent. No one spoke. Was there incense? If not, the scent of it remained in the air. What I recall is the close proximity of bodies in that narrow space, shifting forward and sideways, uncertain of where to stand. I backed against one wall, while others backed against the other, facing forward, though my view was blocked by taller people in front of me. There was a gap, suddenly, between the two lines of people, and then, as if the way had been purposely opened for him, the Fox man swept past everyone and positioned himself close to Reverend Lucy who had begun a series of readings. She paused, and Foxman blurted out “Amen!” He lifted his right hand and stood at attention in full salute, facing the columbarium. He stood still as a sentry at a royal event for the remainder of the ritual. Reverend Lucy read another brief passage, and concluded with “May you rest in peace.” Foxman still at attention, said, “Thank you,” and lowered his hand. We slowly returned to the sanctuary for the concluding song and dispersed, some leaving the building, others heading to the Bishop’s room for coffee and baked goods.

That’s where I came face to face with the Foxman. He had added a second costume, not on his body, only on his head. A bright green skin, like a swimming cap, covered his head, and tentacles wriggled incessantly as he bent and lifted his head, grazed his cheeks and chin. The fox had sprouted an octopus head! He poured himself a cup of coffee, gathered items off the various plates of pastry – cookies, several slices of marble loaf, a piece of muffin. “How many arms do you have there?” I asked. “Eight,” he said with a tone one would use if they said, “Duh.” I laughed, and thought, well, no wonder. What a silly thing to ask of an octopus, even if he’s wearing the body of a fox. And then he was off, and that was the last I saw of him.

Later, I discovered it was the first time he’d attended the church. I suspect it won’t be the last. “But God be with the clown/ who ponders this tremendous scene…” Emily Dickinson. Elsie K. Neufeld, July 10, 2018