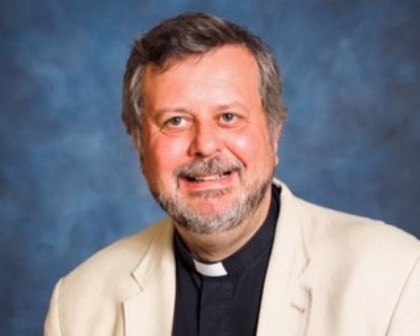 This Sunday in Rome Pope Francis will canonise five new Saints, including John Henry Newman, the 19th century English priest, poet, educationalist, apologist and theologian. Newman is an important figure in the life of both the Anglican and Roman Catholic churches; he had quite a “faith journey,” with significant impact on his contemporaries, and on theological thinking into the 20th century.

Born into an Anglican family, he experienced an Evangelical conversion at the age of 15: this sense of the “saving of his soul” remained with him throughout his life, though he soon moved on from this Calvinist theology. A student and then a tutor at Oriel College, Oxford, he was ordained an Anglican priest in 1825, serving parishes in Oxford and continuing as an academic. Throughout his life Newman was concerned to link study of theology with pastoral care and concern. E B Pusey was a tutor and priest alongside him. John Keble, Pusey and Newman soon became leaders of what is now known as the Oxford Movement, beginning with Keble’s Assize Sermon in 1833 and Newman’s Tracts for the Times, laying the foundations for the Anglo-Catholic Revival, the tradition within which St. James’ stands. There was a rediscovery of the theology of the early Church Fathers, and a renewed emphasis on the sacraments, which transformed the life of the Anglican Church.

His prayer and studies eventually led Newman to becoming a Roman Catholic, in 1845. Ordained an RC priest in 1846, he founded the Birmingham Oratory, where he exercised a pastoral ministry and continued his theological writing. In 1854 he established the Catholic University of Ireland, now University College, Dublin, with an emphasis on “intellectual culture – to reason well in all matters, to reach out towards truth, to grasp it.” In 1879 he was made a Cardinal.

His theology was not solely a matter of the mind, but of the heart: “cor ad cor loquitur” (“heart speaks to heart”) was his motto, reflecting his love and passion for God and neighbour. Newman may be familiar through some of his hymns  Lead, kindly light, Firmly I believe and truly, Praise to the holiest in the height (the latter two from his great poem The Dream of Gerontius).

An Irish RC Bishop wrote this week “One can only speculate that the ecumenical movement would have benefitted greatly as a result of his participation. In declaring Newman a saint, the church recognises in him a scholar who is as much of the Anglican tradition as the Catholic tradition. St. John Henry might well be classed as the new patron of ecumenism. This would be a fitting accolade.” (The whole article, “Cardinal John Henry Newman”, in The Irish Times, Tues 8 Oct, is worth a read.)