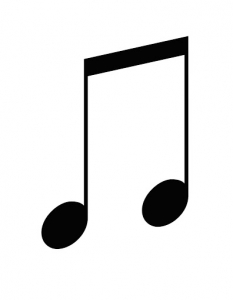 For many years it was assumed that Bernard of Clairvaux was the author of the Latin poem of 42 stanzas beginning Dulcis Jesu memoria. But, though it is in keeping with his spirit and medieval piety, there is no proof that he wrote it. David Livingstone, greatly moved by the poem, wrote in his diary: “That hymn of St Bernard, on the name of Christ, although in what might be termed dog-Latin, pleases me so; it rings in my ears as I wander across the wide, wide wilderness.” The best translation is that of Edward Caswall, from which our hymn books and this arrangement have taken these verses.

The variable accentual pattern in the successive stanzas has made it difficult for music editors to choose a suitable tune for the hymn. No fewer than 28 different tunes have been associated with it since the beginning of the last century. Gordon Slater, the author of the tune used here, was organist of Lincoln Cathedral from 1930 until 1966. His tune ST BOTOLPH fits this hymn exceedingly well, and Paul Halley’s arrangement for the Elora Festival Singers of Slater’s melody as performed here is lush and lyrical, a beautiful watercolour of vocal harmonies and organ line.

Jesu, the very thought of thee
With sweetness fills my breast;
But sweeter far thy face to see,
And in thy presence rest.

Nor voice can sing, nor heart can frame,
Nor can the memory find,
A sweeter sound than thy blest name,
O Saviour of mankind!

O hope of every contrite heart,
O joy of all the meek,
To those who fall, how kind thou art!
How good to those who seek!

But what to those who find? Ah, this
Nor tongue nor pen can show;
The love of Jesus, what it is
None but his loved ones know.

Jesu, our only joy be thou,
As thou our prize wilt be;
Jesus, be thou our glory now,
And through eternity. Amen.

Though he was born in the Low Countries and spent his entire adult career in Bavaria, Orlande de Lassus, who often signed his name Orlando di Lasso, was spiritually an Italian. (He lived in Italy from the age of 12 until he was 23). The pictorial and plastic arts of the Renaissance show a concern with, and a highly developed skill in, molding materials into a resemblance of an idealized “realism.” Lassus’s musical realism consists of its immediate response to the inflection and meaning of words. It persuades the listener as much by the directness and charm of its utterance as by the skillful manner in which its changing moods express each new idea. Even when dramatic, the music is highly concentrated. Most of the composer’s over 500 motets, of which this little piece is one, last little more than two or three minutes. In this five-part setting Lassus turns his ample skills to a passage from the sixth chapter of the epistle to the Romans, a preface to the “therefore” of this Sunday’s second reading, and also the text for the ancient communion chant for this Sunday:

Christ, rising again from the dead, dieth now no more. Death shall no more have dominion over him.
For in that he died to sin, he died once: but in that he liveth, he liveth unto God.
Alleluia.

Herr Jesu Christ, dich zu uns wend is a Lutheran hymn from the 17th century. The text of the hymn has been attributed to Wilhelm, Duke of Saxe-Weimar, but this authorship is doubted, as the attribution appears only in prints from the late 17th century. In Thuringia and Saxony, the hymn was sung on Sundays after the minister had entered the pulpit to deliver the sermon. In Weimar, Johann Sebastian Bach, who was the organist at the Schlosskirche, composed several organ settings of the hymn of which this piece from the Orgelbüchlein is one. It’s a bouncy piece which picks up the opening motive of the hymn, an ascending triad. In very few of Bach’s organ works does he specify a registration, or selection of stops. For this recording, the organist has chosen a lovely selection of sweet flutes, making for a gentle musical pre-sermon prayer. An English translation of the first verse of the hymn is as follows:

Lord Jesus Christ! Turn towards us,
send your Holy Spirit to us:
with her help and grace may he rule us
and lead us on the way to truth.

Worship in church: Mass at 4:00 pm on Saturdays & 12:10 pm on Wednesdays. The Liturgy at Home via Zoom will continue to be offered on Sundays at 10:30 am. For further updates, please see the NEWS section.