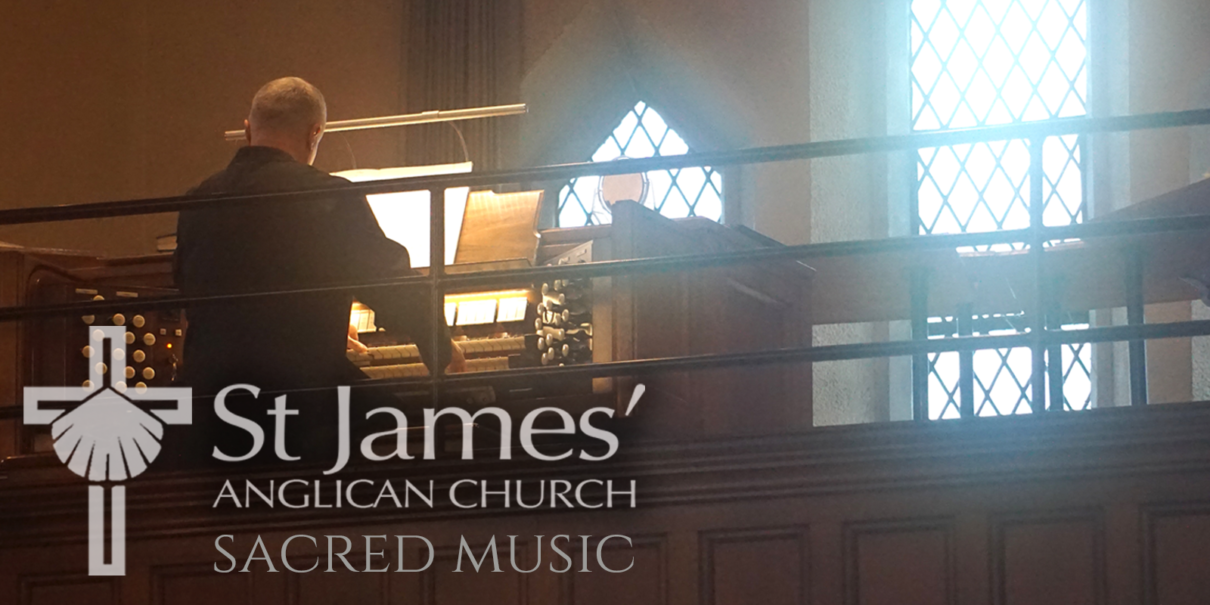 The cantata Christus, der ist mein Leben, BWV 95, was first performed in September of 1723 during Bach’s first cycle (Jahrgang) of cantatas in Leipzig. The Gospel reading for the 16th Sunday after Trinity in the old lectionary is the story of Jesus raising from the dead the son of the widow at Nain. Four cantatas were written for this day. What is somewhat unusual is that all not only have a remarkably similar take on the story but that each is musically very different. Our cantata here, BWV 95, is from the first Jahrgang and is one of Bach’s most interesting experiments in the use of chorale melodies from that year. Here he uses four chorales joined by recitatives and one aria.

Cantata BWV 95 begins with the piece linked above, a setting of the chorale “ Christus, der ist mein Leben” for two oboes d’amore, strings and chorus. A horn doubles the soprano in the choral movements. The piece starts out with a gently rocking theme that is passed back and forth between the oboes and the strings. Gradually the theme is transformed in the strings to an ecstatic rising theme that clearly illustrates the soul’s journey to heaven. The four phrases of the chorale are presented in a simple block fashion except for the second, which is a hushed expansion of the word ”sterben.” After this moment the chorale is allowed to continue. The last line of this first chorale is “mit Freud’ fahr’ ich dahin.” Bach uses this line after a series of tenor recitatives to connect to the next chorale, the great Luther tune “Mit Fried’ und Freud’ ich fahr’ dahin.”

Christ is my life,
death is my reward;
to which I abandon myself,
I joyfully depart from here.

With joy,
indeed with heart-felt delight
I wish to depart from here.
Even if today commanded: you must!
Yet I am willing and ready
to place my poor body, my exhausted limbs,
the garment of mortality
again in the earth
and in its bosom.
My funeral song is already completed;
ah, that I might sing it today!

With peace and joy I depart
in God’s will,
My heart and mind are comforted,
calm, and quiet.
As God had promised me:
death has become my sleep.

Mendelssohn used two musical forms — the chorale and large instrumental works with chorale-like finales — to advance themes of reconciliation and brotherhood. His selection of Biblical texts for his two great oratorios, St. Paul and Elijah, exemplify his devotion to the task. Both celebrate “faith in the divine work of enlightenment.”

Mendelssohn began drafting the libretto for Elijah with his friend Pastor Schubring in 1838, but disagreements prevailed and he set it aside. The 1845 Birmingham Festival committee asked him for a new oratorio, after having heard him conduct St. Paul at an earlier festival. The Old Testament story resonated deeply with Mendelssohn. The life of the prophet Elijah epitomized the evolution of Jewish faith from worship of the Babylonian pantheon of idols and myths to worshipping one monotheistic God. Elijah met with God on Mt. Sinai, where Moses received the Torah. Elijah’s assignment: to return the dispersed Jewish tribes to Israel. Once again composer and friend set to work, with Schubring recommending suitable Old Testament texts and Mendelssohn compiling the libretto. Rather than a continuous story line, he created a series of tableaux.

O rest in the Lord, the aria heard here, presents the words of an angel to Elijah after he has fled into the wilderness in despair. In this scene he lies under a tree, exhausted. He asks God to take his life, because his suffering is too much to bear. An angel appears to him twice, offering food and encouragement. The text is from Psalm 37.

O rest in the Lord, wait patiently for Him,

And He shall give thee thy heart’s desires.

Commit thy way unto Him, and trust in Him,

And fret not thyself because of evil doers.