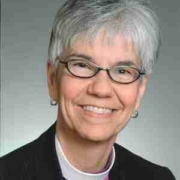 Dear People of the Diocese of New Westminster, The sounds of prayer at the Quebec Islamic Cultural Centre were shattered by gunfire at approximately 8pm, EST, on January 29, 2017. Six people were killed, 19 were injured (five critically injured), and dozens more were scarred by the chaos, suffering and death they experienced. My belief […] 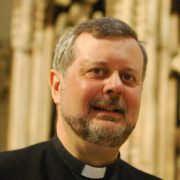 Mindful that other people’s travel stories are sometimes less interesting than their narrator imagines, nevertheless I should like to share some impressions of my visit to Ethiopia. My first and overwhelming memory is that of a beautiful country with gentle and hospitable people. Mountains, plateaux, deep valleys, rock pillars rising from the plain, all create […]

“Reconciliation has two sides: It is fascinating and terrifying at the same time. It draws us in so that we desire it: within ourselves, with one another, and between our different confessional traditions. We see the price and it scares us. For reconciliation means renouncing our desire for power and recognition. In Christ God graciously […]

On Wed, Jan. 11, the Coming Home Society and Urban Native Youth Association hosted a community feast. More than twelve St. James’ parishioners and many others, including staff and youth, enjoyed a meal of traditional food – salmon & wild rice with local vegetables as well as bannock pudding for dessert. The feast was held […]

Rhythms of Grace – Taking Notice …in every place where I cause my name to be remembered I will come to you and bless you. Exodus 20:24b Each person’s experience of God’s mercy and grace is a necessary window through which we see and appreciate the mercy of God toward the whole of creation. Christians […]

Tweets by stjamesanglican
Scroll to top

Due to the Covid-19 outbreak, all St. James’ Church services and in-parish activities are suspended until May 3, 2020. Be sure that the Church’s prayer continues, for the DTES, our medical services, and for an end to this pandemic. For updates please see the News section.