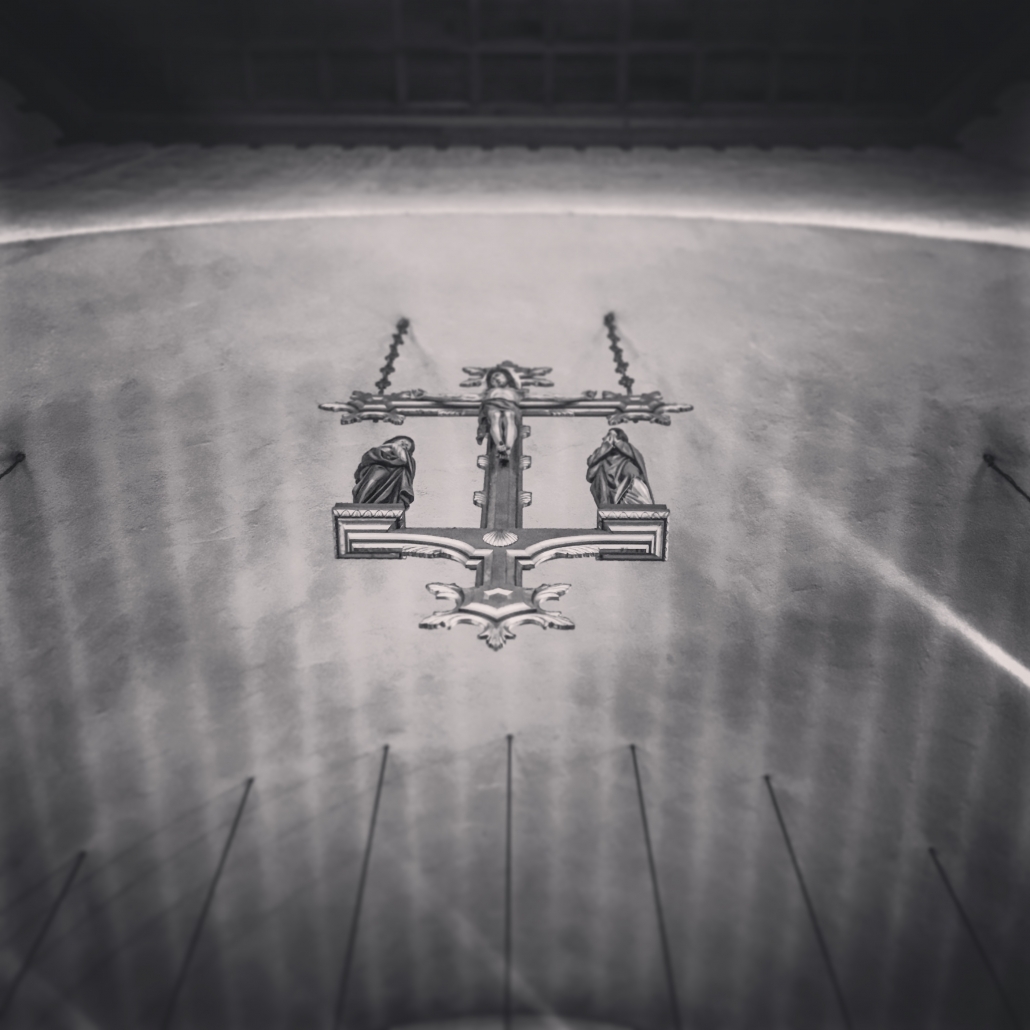 A few weeks after I had defended my PhD and graduated from the University of British Columbia, I bought a ticket to Barcelona. I had heard of many people having amazing experiences on the nearly 500 miles long Camino de Santiago pilgrimage route that gained popularity in the middle ages as a safer alternative to the Holy Land. In the last several decades, annual walkers of the “French Way” have risen to approximately 300,000. I love walking, but I have never done any long distance hiking apart from a hand full of overnight backpack trips. I want to walk the Camino for a lot of the same reasons that most people walk it. I have the time and the resources. I love to travel. I love Christian history, mythology and architecture. I am discerning my vocation within the church.

Of course, a pilgrimage is supposed to be more than just a long hike. Twentieth-century contemplative writer and Trappist monk Thomas Merton (1915-1968) wrote that “the geographical pilgrimage is the symbolic acting out an inner journey.” My journey has been one of enormous privilege and blessing. Now, at the end of my education, there is no juicy job offer, no tenure-track position awaiting me; just the vacuous uncertainty of 50 or so digital black holes asking for three letters of recommendation. It is a frightening liminality; being in between my last moments of a very long career as a student, and my hoped-for profession of scholar and educator.

About a week ago, after wrapping up a course for the Forestry Department at UBC, and delivering my last midday meal to some high-rise office in downtown Vancouver for my part-time food delivery job, I packed up my truck and said goodbye to a beloved Vancouver community. As I have done many times before, I boxed up my possessions, mostly books, and hoisted a few boxes into the creaking bed of my small truck. On the morning I left, after saying what felt like weeks of send-offs and well wishes, I took one last look at the strange geometry of a familiar but empty room. Over the last week, I drove down the West Coast, staying with friends along the way. I am writing this in Oceanside, California, while I visit with family in preparation for my brother’s college graduation. I will catch a flight to Barcelona from LAX on Sunday, May 27.

Even though I leave this coming Sunday, I began my pilgrimage kneeling on the sanctuary steps of Saint James Anglican Church about a week and a half ago. After converting to Roman Catholicism in 2015, my long spiritual journey continues, and I have really fallen in love with the balance between progressive values and traditional liturgy of the Anglo-Catholic tradition that is alive and well in the Downtown Eastside of Vancouver where Saint James is located. At the end of my last Sunday High Mass, the Rector gave me a simple pilgrims blessing, and the love, admiration and prayers of the parishioners buoyed my spirit. 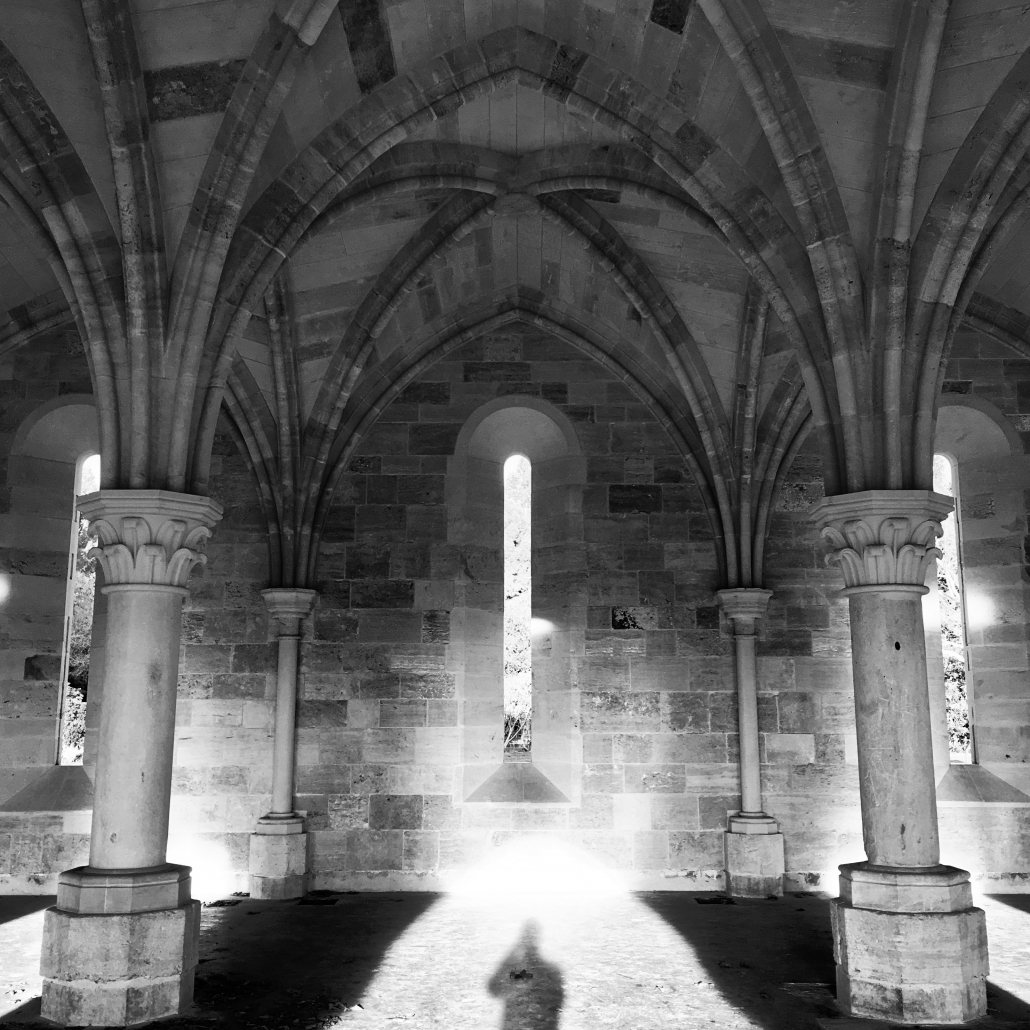 Whenever I drive to Southern California, the first thing I notice when I summit the passes of the desert mountains is the smell. It is a smell that tugs at all of the memories of my formative years and if I were to describe it, it would be something like the smell of fresh rain on hot pavement. I love that the freeway exit signs and place names read like a catechism of the Catholic Saints. Just as we call the collection of states in the Northeastern United States ‘New England’, it would not be inappropriate to call the Southwest ‘New Spain.’ I only realize now that the tallest mountain in Orange County, where I grew up, was christened by the Spanish in honour of Saint James. Santiago Peak and Santiago Canyon were familiar words with invisible histories for me as a young Mormon growing up in Orange County. There is a certain “Catholicity” to the geography of Southern California, and I am only now becoming literate to the names and charisms of the many saints and feast days that dot the state’s many post-colonial place names. Having grown up in Southern California near Mexico, and having travelled in Latin America, it feels right to finally be paying a visit to the ‘Old Country.’

The last few months have been busy with planning the logistics of the trip, making lists of cathedrals and monasteries I want to visit, and assembling the proper gear for the walk. It is only in the last few weeks that I have begun to really reflect on the spiritual reasons I am walking the Camino apart from the raw experience of the walk. Traditionally, people undertook a pilgrimage as an act of penance, petition or gratitude to God. I am certainly taking my own sins, prayers and thankfulness with me on the Camino, but I wonder if there is something more my walk could mean or put out into the world. I am not expecting any grand revelations or mystical encounters, but what does the simple act of going for a long walk mean in such uncertain times?

As I drove a long stretch of highway between the city of Saint Francis (San Francisco) and San Luis Obispo, California, I listened to a three-part series from Radiolab about illegal immigration in the United States. The series explored how toughening border security in urban areas in the 1990s had pushed desperate migrants into the deserts, who must walk for days on end to reach the United States. The number of deaths and disappearances surged drastically. Prior to 2000, fewer than five migrant deaths were reported each year. After 2000, the number has reached nearly 200 each year. And those are just the ones that are found. As Radiolab’s guests argued in gruesome detail, a dead body does not last long in the desert, with vultures, scavengers and even ants quickly dismembering and dissolving the bodies into nothingness.

The Desert Fathers and Mothers took vows of voluntary poverty and privation and sought a kind of spiritual anonymity. Desperate migrants, who risk everything to find a better life for themselves and their families all have names, stories and people who love them, and yet do find spiritual solace in the privations of the desert. As I listened to the stories of these brave people seeking a better life, a life like the one I was given through no merit of my own, I could not help but feel somewhat ashamed of my privileged stance as a voluntary pilgrim. I am going to walk for leisure, adventure and spiritual insight; they walk for their lives and the lives of their families.

In addition to my own burdens and questions, the people and petitions I am carrying with me; I will also make space to pray for refugees and migrants. For the thousands of men and women who have no other choice but to walk. I know this will not contribute directly to solving these complex global problems and heartbreaking realities. But there is a small part of me that believes that in the midst of a broken world, the earnest prayers of even one person make a difference. I am praying with my feet on a path that has been travelled by thousands of people for over a thousand years. I am going for a walk.

Due to the Covid-19 outbreak, all St. James’ Church services and in-parish activities are suspended until May 3, 2020. Be sure that the Church’s prayer continues, for the DTES, our medical services, and for an end to this pandemic. For updates please see the News section.