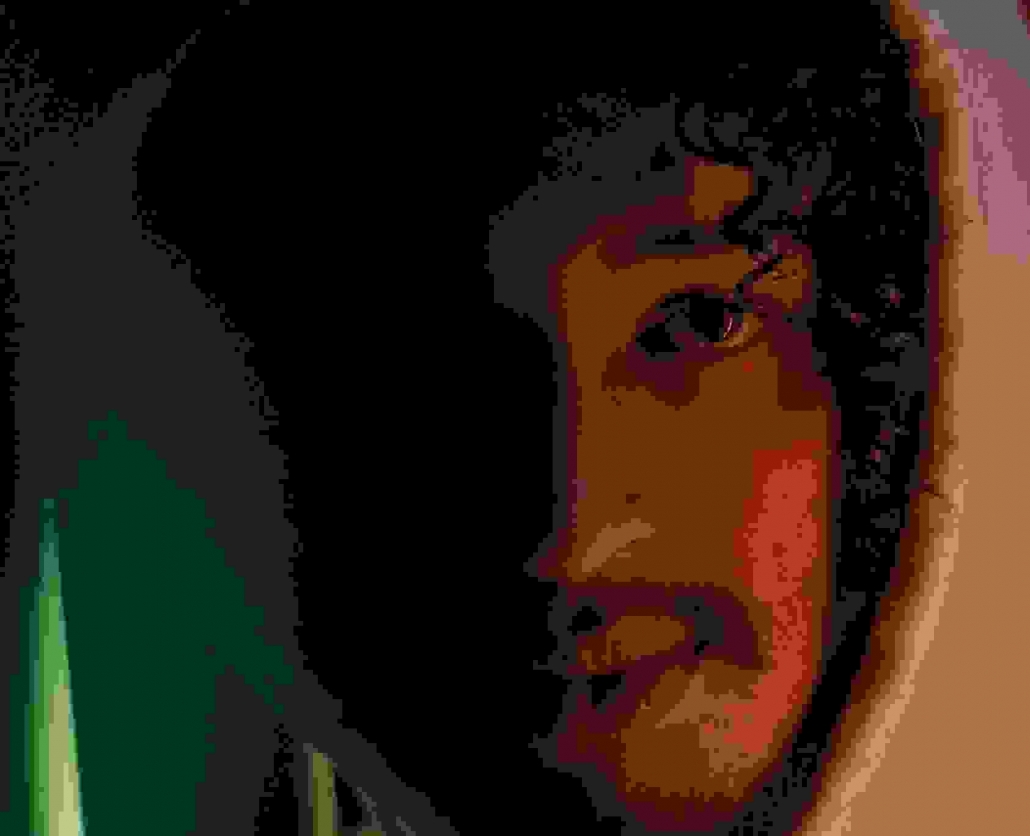 Photo by Connor Botts on Unsplash

Part III ​ ​“The eyes are the window to the soul.”

You saw him first at the table set up outside the small kitchen, helping himself to baked goods set on a table. He was slight, slim, and dark-haired. He might have been your sons’ peer, mid-30s or so. He wore a black cloth backpack, and was placing slices of a chocolate marble loaf and cookies atop two books he’d placed on the table. Hymn books, you saw, that he’d carried out of the sanctuary. The stacked baked goods were like a miniature inuksuk. No plate; the books served as a plate, wide enough to accommodate a cup of coffee as well. He picked this up with both hands, and found a seat in the adjoining room. Not at one of the mostly occupied round tables, nor in one of the chairs lining two walls of the room. You took one of those chairs, while he sat down in a chair set by itself to the right of the fireplace that jutted out of the third wall of the room, across the room where you sat. He set the books and food on a table behind him, and settled in. Watching, and watching others – as you, too, were doing. The room was filled with talk and laughter. Here sat the nun who had attended the service; there sat Father Matthew, who works on the street. People with crutches, and people with canes, and a few with walkers. People with wild uncombed hair, and people of various skin colour and age. Some without teeth. Communion – post-communion. Your eyes repeatedly returned to him.

He was handsome, neatly dressed, in a clean t-shirt and jeans, his hair wasn’t askew, and he wasn’t in a hurry to eat and leave. Who was he? Why had he chosen to sit alone? Why had he carried the hymnbooks out of the sanctuary? And what was the story behind the countless tattoos covering his arms, neck, his lower jaw, and several on his forehead? And then, before second-guessing yourself, you crossed the room. “Would you like some company?” you asked, placing your coffee and loaf slice on the mantle. He nodded. You pushed the unoccupied chair from the other side of the fireplace closer to his, and sat down. He watched your every move. “I’m Elsie; what’s your name? I noticed you sitting alone, too, so I thought I’d join you over here.” He nodded, his eyes looked directly at yours. Dark eyes. So dark they seemed black not brown. Intense. “Do you come here often?”

“No, it’s my first time,” he said, so quietly you leaned forward to hear. Not a whisper, but a softness. As if he wasn’t used to speaking aloud. “What brings you here today?” He shook his head as if astonished that he was here.

“I’ll be honest with you. I’ve walked by this church about ten times this week, and thought about coming here at least 100 times, so I did today.”

“From where have you come?”

“But did you live somewhere before you came to Vancouver?”

“Do you manage to find a dry, warm place to sleep?” He looked at me intently, and thought a long while before answering. “It’s just something I felt I had to do for a while. I have nothing. Nothing at all. Not even a phone.” He paused, then added, “Well, that’s not true. I have books. I wish I had a safe place where I could store my books.”

“Oh, what kind of books do you read?” His dark eyes bored into mine, and neither of us looked away.

Then, still without looking away, his hand went to his bag, which he’d placed on the ground, and he brought it up between us, and opened the bag. “Oh,” I said, surprised. I had expected Kerouac, or something like that. Not this. “I’m studying all religions,” he said. “These are just some of the books I have.” One by an Indian mystic, a Koran, and another with a religious title.

“And what do you hope to learn from your reading?” I asked.

“I want to find out who God is.” He stared even deeper.

“You have a beautiful soul.” He paused, then, almost inaudibly, said,

“Thank you.” I broke the gaze.

“Aren’t you going to drink your coffee?” He picked up the cup, and started eating the slice.

“You have a lot of tattoos. I bet there are a lot of stories behind those,” I said, gesturing.

“Well, as I said, I don’t have any stuff, so the tattoos are my photo album. My whole story on my skin, so I’ll never lose it.”

“Oh,” I said, with a half gasp. That is very poetic. Do you write at all?” He looked at me, puzzled.

“You should try it. I bet you’d be really good. Just write your thoughts.” He took another bite of his slice, and sipped coffee. I pointed to a tattoo half-hidden by his right sleeve. “What’s this?” I asked. He lifted his shirt.

“A bearded woman,” he said. And sure enough, it was. And so it went, he named what a few were, and as he did, his voice grew a bit louder and what he said made less and less sense. I couldn’t follow the logic he drew between descriptions and images. I looked at his forehead, and again, our eyes met. To the right of his left brow was the image of sutures. Clearly, his tattoos were not done by an amateur. But what was the one above his left eye? It looked like figures from a cave wall – thin-limbed figures, of people, perhaps, standing side by side. “May I ask what the one above your eye is?” “It’s a word. Dirty. Because that’s how I always feel.”

“Oh,” I said. And then I could think of nothing else to say. So we sat for a few minutes in silence. “You have a beautiful soul,” I said for the second time. “I can feel it.”

“I might,” he said. And then he reached back, picked up the hymn books, on which still sat four cookies, picked up his bag, and got up. I reached out my hand. “Take good care of yourself,” I said. He shook my hand, and was gone.

His name was Curtis, he looked like Keanu Reeves, only a little more handsome, and a bit younger. I don’t think I will ever forget those eyes. A man in a wheelchair who wished to be a horse; a man dressed as a fox with a head of an octopus; and a man who is all eyes – not the Trinity you expected to encounter in church. I give thanks.

Today, four days later, I found this quote by Alfred Hitchcock of all people, that expresses what I felt during our exchange. “Dialogue should simply be a sound among other sounds, just something that comes out of the mouths of people whose eyes tell the story in visual terms.”

July 13, 2018, Judy Graves read this and commented: “Elsie, you had a conversation with an incarnation of the spirit of St. Benedict Joseph LaBre.” I looked him up and discovered he is the patron saint of the homeless. And this: “These days we ascribe such behavior to mental illness; Benedict’s contemporaries called him holy. Holiness is always a bit mad by earthly standards.”  Amen.