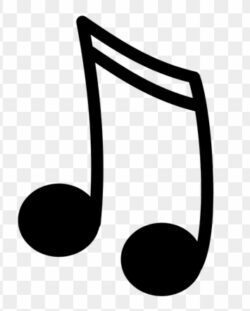 In 1918 Herbert Howells wrote his first significant works for choir, the Three Carol-Anthems (Here is the little door, A spotless Rose and Sing Lullaby), of which the second is undoubtedly the most well-known. Here is the little door is a setting of a poem by Frances Chesterton, who has been somewhat overshadowed in posterity by the fame of her husband G. K. Chesterton. Although the published author of four books, she is best known today for another Christmas poem, How far is it to Bethlehem? Howells’s setting of Here is the Little Door is perhaps the perfect antidote to an over-sweetened Christmas, taking a subtle approach to a deeply ambivalent text, which, while it points to the more sombre aspects the birth of the Christ-child portends, is perhaps best understood in the context of the Great War, which had been raging for most of the year in which Howells wrote this piece.

Even in this relatively early work there is an indication of the mystical choral style that Howells would later make his own. The poem depicts the visit of the Magi, first through evocative description of the traditionally attributed gifts – gold, myrrh and incense. The second verse is where Howells’s word-painting comes to the fore in illustrating the ambivalence of Chesterton’s text. Christ repays the Magi with his own gifts – a sword and the smoke of battle, and returns the myrrh for embalming the ‘honoured happy dead’. Howells’ writing beautifully depicts the tension in the text, following which the piece safely returns to rest with a repetition of the sublime extended plagal cadence of the first verse.

Here is the little door, lift up the latch, oh lift!

We need not wander more but enter with our gift

Our gift of finest gold.

Gold that was never bought nor sold

Myrrh to be strewn about His bed

Incense in clouds about His head.

All for the Child that stirs not in His sleep,

But holy slumber holds with ass and sheep.

Bend low about His bed, for each He has a gift.

See how His eyes awake, lift up your hands, O lift!

For gold, He gives a keen-edged sword

(Defend with it Thy little Lord!)

For incense, smoke of battle red

Myrrh for the honoured happy dead.

Gifts for His children, terrible and sweet

Touched by such tiny hands and

William Chatterton Dix was born in Bristol, England, where his father was a surgeon who intended that his son take up a life in business. William became manager of a marine insurance company in Glasgow, but writing was his passion. He translated hymns from Greek and Abyssinian sources and published many original hymns, of which several have continue to very popular: What child is this, who, laid to rest; Alleluia! sing to Jesus; and the present hymn, which is to this day arguably the most popular Epiphany hymn. Dix wrote it in 1860 when he was recovering from an illness.

In 1861 Dix’s hymn was included in the first edition of Hymns Ancient & Modern, for which William Henry Monk abridged and adapted a melody by Konrad Kocher, which he named Dix. Kocher is primarily known for his work in significantly raising the standards of German church music in the middle of the 19th century.

As with gladness men of old
Did the guiding star behold,
As with joy they hailed its light,
Leading onward, beaming bright,
So, most gracious God, may we
Evermore be led to thee.

As with joyful steps they sped,
To that lowly manger-bed,
There to bend the knee before
Him whom heaven and earth adore,
So may we with willing feet
Ever seek thy mercy-seat.

As they offered gifts most rare
At that manger rude and bare,
So may we with holy joy,
Pure, and free from sin’s alloy,
All our costliest treasures bring,
Christ, to thee our heavenly King.

Holy Jesu, every day
Keep us in the narrow way;
And, when earthly things are past,
Bring our ransomed souls at last
Where they need no star to guide,
Where no clouds thy glory hide.

In the heavenly country bright
Need they no created light;
Thou its Light, its Joy, its Crown,
Thou its Sun which goes not down:
There for ever may we sing
Alleluyas to our King.

Jacobus Clemens non Papa is one of the most remarkably underrated composers of the sixteenth century. Little-known though his music may be, Clemens is at least celebrated for his nickname. The epithet non papa(‘not a pope’) was added by the publisher Tilman Susato, perhaps more in jest than to avoid actual confusion with Pope Clement VII (1478-1534).

From the 1540s onwards he was widely published throughout Europe, in particular by Susato of Antwerp (himself a composer). Clemens’s surviving output of motets, Mass-settings, Magnificats, Souterliedekens (Dutch metrical Psalms) and secular songs in French and Dutch approaches five hundred items in total, placing him among the most prolific of the age. Sixteenth-century writers on music who discuss the leading contemporary musicians invariably placed him in the first rank.

Magi veniunt ab oriente, published in 1559, is a masterfully constructed episodic account of the visitation of the Magi. The piece begins with a line of narration followed by words spoken in the voices of the Magi themselves. It is a dramatic, atmospheric composition, with an underlying sense of stateliness that evokes the feeling of a regal procession through the wilderness. Particularly eloquent is the way the text is deployed majestically at Rex Judaeorum, contrasting with a sense of wonder at cuius stellam vidimus.

The wise men came from the East to Jerusalem
asking questions and saying:
Where is he that is born King of the Jews,
whose star we have seen,
and we have come with gifts to worship the Lord.