In the Gospels there are several parables that start with the words “The kingdom of heaven is like…” Today’s Gospel lesson, the parable of the labourers in the vineyard, like any good story and the parables in particular, lends itself to a variety of readings, but perhaps the story is about grace, abundant and freely given to all, no matter when we answer the call into the vineyard. I imagine that Cristóbal Morales understood the parable in somewhat the same way, for his motet Simile est regnum caelorum overflows with joy and assurance.

Known in his day as “the light of Spain in music”, Morales was part of a trio of Spanish composers, along with Francisco Guerrero and Tomás Luis de Victoria, who typified 16th-century Spanish church polyphony. Almost all of his music is sacred, and all of it is vocal, though instruments may have been used in an accompanying role in performance. The Parce mihi Domine from his Officium Defunctorum was used as the key track on the best selling Jazz and Classical Album of 1994, Officium, by Jan Garbarek and the Hilliard Ensemble.

For the kingdom of heaven is like unto a man that is an householder, which went out early in the morning to hire labourers into his vineyard.
And he went out about the third hour, and saw others standing idle in the marketplace,
And said unto them; Go ye also into the vineyard, and whatsoever is right I will give you.
So when even was come, the lord of the vineyard saith unto his steward, Call the labourers, and give them their hire, beginning from the last unto the first.
For many be called, but few chosen.

“Improvisation is perhaps the most direct form of musical communication. It involves the performer and the listener in a relationship as partners on a voyage of the mind. It is an expedition into uncharted territory, neither safe nor predictable, but, hopefully, exciting…” says Paul Halley, in his remarks about the origins of the stunning recording of organ improvisations he created on the Great Organ of the Episcopal Cathedral of St. John the Divine in New York City.

“Nightwatch” is a set of improvised themes and spontaneous variations, played on the vast Aeolian-Skinner organ in the even vaster Cathedral of St. John the Divine. The format of the music, and the idea for this recording, was derived from the improvisational sessions created by Halley for groups of teenagers late on Friday nights at the Cathedral through a program called, not coincidentally, “Nightwatch”. In keeping with the dramatic setting of the world’s largest gothic cathedral at night, Halley would play upon a variety of tonal effects to engage his young listeners on a journey from “dusk” to “dawn”. Employing a broad tonal and dynamic range, from silken string tones to bright and heraldic trumpets, Halley would establish a mystical and highly charged atmosphere.

Capturing the mood of one of these sessions on a recording was not easy. Halley describes the technical problems facing the producer/engineer Chris Brown: “The organ pipes are spread over a distance of 550 feet and have a dynamic range of at least two symphony orchestras. Owing to a reverberation period of over seven seconds and a constantly changing “climate” in the Cathedral, editing was impossible, and of course, none of the music could be repeated! But thanks to Chris, who insisted on spontaneity at all times, the recording evolved into a suite of improvisations comprising a symphonic whole which I thought of as a night-journey and, in deference to my severest critics, entitled Nightwatch.”

A personal note: In 1982, when I obtained a copy of Paul Halley’s then recently released LP “Nightwatch”, from which this piece is excerpted, I was a nascent musician not much older than Halley’s original audience in the cathedral. As a young man growing up in a small farming community in the Fraser Valley, this music – the whole otherworldly, sonic experience of it – was revelatory. To this day, I feel I owe a debt of gratitude to Paul Halley, who now holds the position of music director at both the University of King’s College and All Saints Cathedral in Halifax. This is best enjoyed on a capable sound system or a good pair of headphones. If you enjoy this, I heartily recommend the entire recording, which these days is available on CD or any number of streaming services. 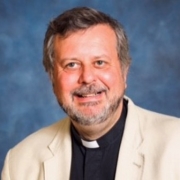 Thank you again to all those who responded to our recent Survey on Sunday Worship: there were 70 returns, which is impressive! Trustees have considered the feedback carefully, and have agreed the following Sunday pattern with effect from October 4, 2020:   9:00 am         Zoom Liturgy at Home 10:30 am       Sung Mass in Church   […] 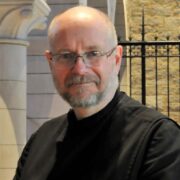 Vexilla regis – Anton Bruckner (1824-1896)    view video here: https://youtu.be/vVpF6qpw3CE   The hymn Vexilla Regis prodeunt (The Royal Banner forward goes) is ascribed to Venantius Fortunatus (530-609) and is considered one of the greatest hymns of our liturgy. Fortunatus was commissioned to write this hymn for the arrival of a large relic of the true […]

Tweets by stjamesanglican
Scroll to top

Due to the continuing Covid-19 outbreak there is only one Said Mass in St. James’ Church, at 9 am on Sunday. Max attendance is 50 and pre-registration is required by Friday at noon. Be sure that the Church’s prayer continues, for the DTES, our medical services, and for an end to this pandemic. For details of Sunday Worship via Zoom and other updates, please see the News section.